Have a look at the reasoning behind the Morrison Government's decision to deport Novak Djokovic and ask yourself, has a dangerous precedent been set?

They argued this could take the form of the following:

Now that these justifications have been used to successfully deport Mr Djokovic, I want to know what you think.

Are you worried about how these types of arguments might be used by Governments in the future, not just against foreign nationals but against Australia's own citizens?

Has a dangerous precedent been set? 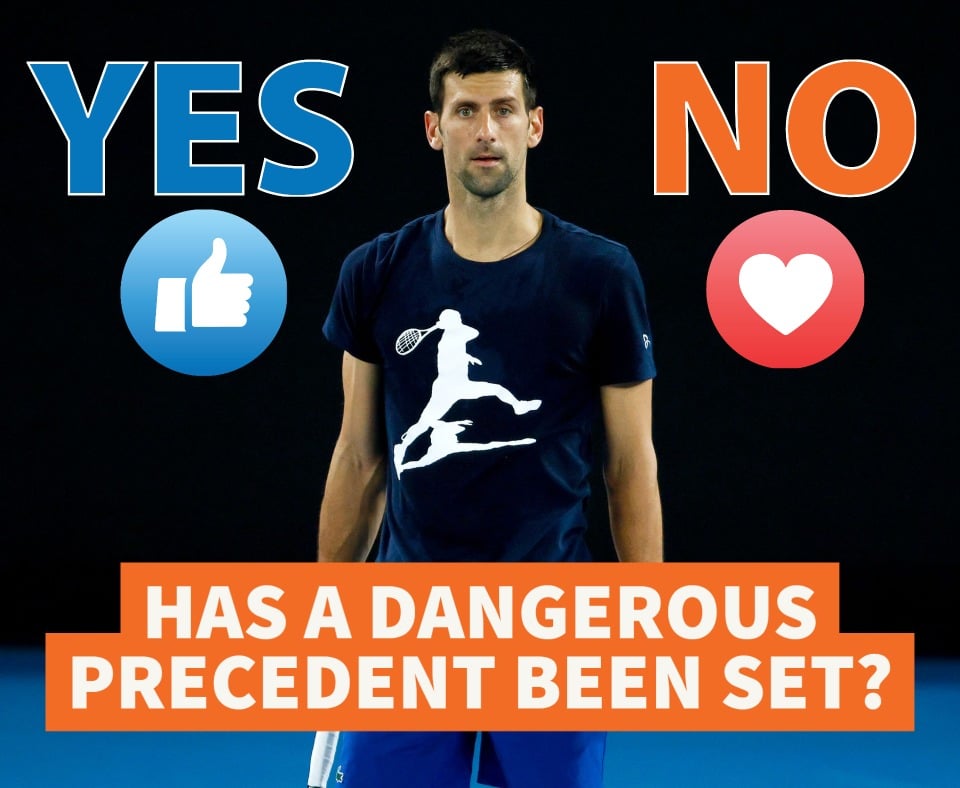 Read more here: The reasons why Djokovic's visa was cancelled for the second time