History has shown you that Labor is prepared to sign deals with the Greens even if it means breaking promises. Remember how quickly Labor broke its promise not to bring in a carbon tax?

This is why it is important to know what dirty deals the Greens are demanding.

The Greens’ current ransom list isn't a secret, it has been released and their demands spell disaster.

Can you guess what tops the list of the Greens' demands? That is right, the destruction of Australia's coal and gas industry.

Can you imagine what would happen if the Greens got their way? Tens of thousands of jobs would be on the chopping block, billions would be wiped from the economy, communities would be ripped apart, roads, schools and hospitals would lose funding, and millions of Australians would suffer.

If you think for one second that Anthony Albanese's Labor party won’t simply give the Greens everything they want, think again.

The truth is Anthony Albanese's Labor party would sell out every coal and gas job in Australia and sign whatever dirty deal the Greens demanded if it meant taking control of Australia.

That is why you can be sure that promises Anthony Albanese's Labor party makes in the Hunter Valley, in central Queensland and Western Australia will come in second to the promises Labor has made to the Greens.

You really don't want to bet your future on Anthony Albanese's Labor party not breaking promises, you will be badly disappointed.

A vote for One Nation this Saturday remains the best way to protect your jobs, your communities, and ensure a better future for all of Australia. 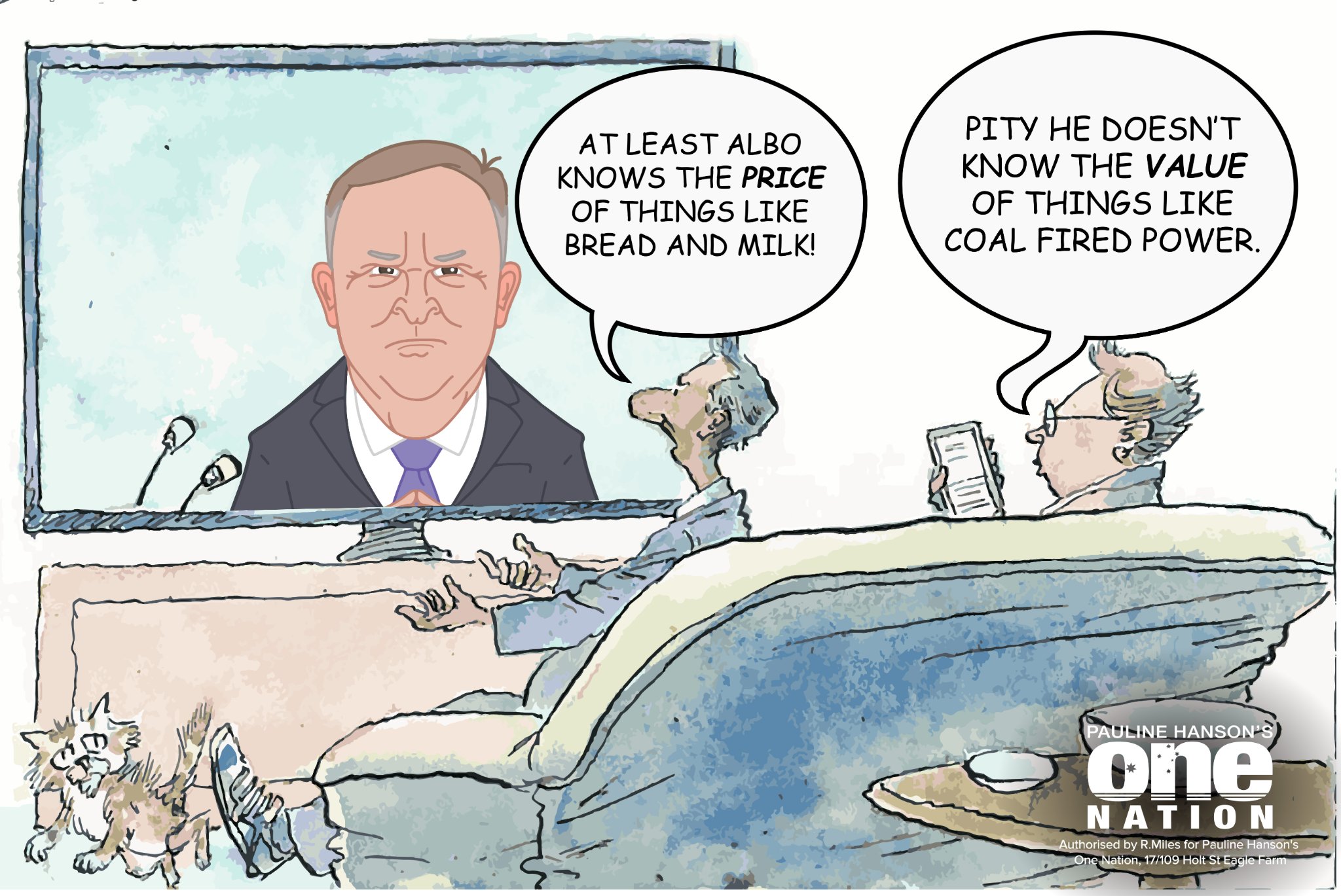