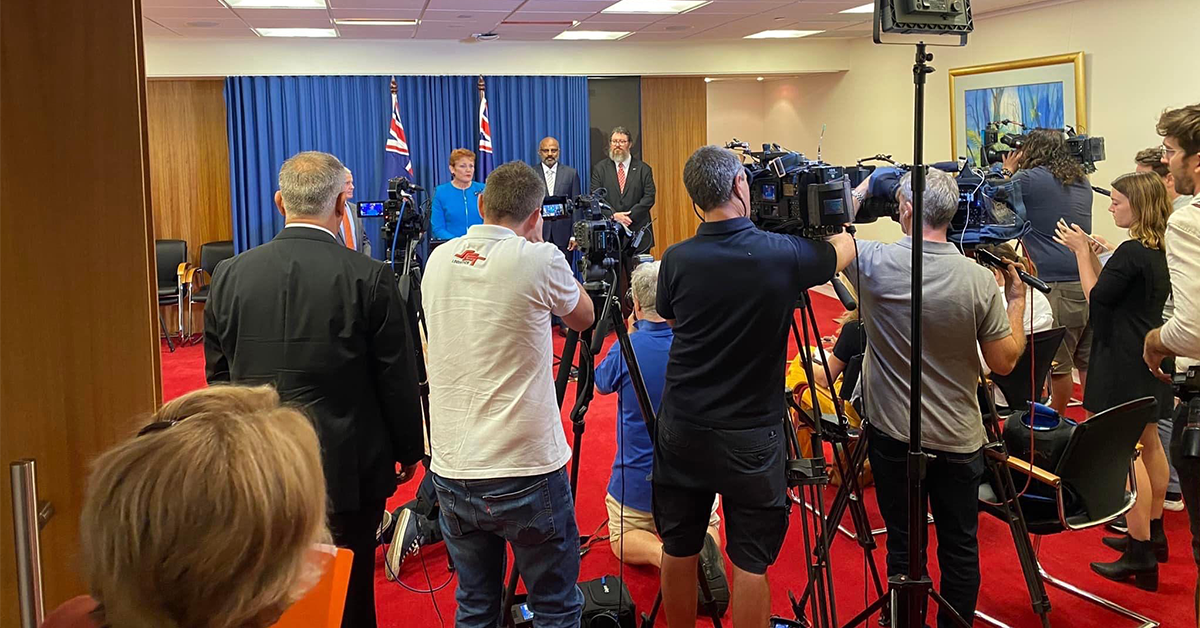 The retiring Member for Dawson, George Christensen, will join One Nation leader Senator Pauline Hanson on the party’s senate ticket for Queensland.

Senator Hanson said Mr Christensen had been an outspoken defender of the rights and freedoms which underpin Australian democracy.

“George has been a strong advocate for the fundamental principles of Australian democracy which have been trampled by our governments during the COVID-19 pandemic, and a great representative for the people of Dawson,” she said.

“Standing for Australians’ rights and freedoms obviously has no place in the Liberal National Party, but it’s top priority for One Nation and I’m delighted to welcome George to our team.” Senator Hanson and Mr Christensen will also be joined on the ticket by former Adani senior executive Raj Guruswamy.

“Raj is an expert with a great deal of experience in the transport and resource industries in Australia and overseas, and in dealing with government bureaucracies and red tape,” Senator Hanson said. “He will be an invaluable addition to our Senate team.

“One Nation’s membership has grown exponentially over the past two years and with their support, our party is fielding candidates for all 151 seats in the House of Representatives at this election.

“We will continue to put Australia and Australians first by advocating for immigration to be reduced to sustainable levels, ensuring foreign-owned multinationals operating in Australia pay their fair share of tax, and reforming Australia’s family law and child support systems.

“And we will demand a Royal Commission into the management of the pandemic by all Australian governments.”