Convoy to Canberra earlier this year are all anti-vaxxers and vandalised Parliament House.

Instead, Parliament House has confirmed that the largely peaceful Convoy to Canberra protestors didn’t commit ANY acts of vandalism at Parliament House. I was on the Parliament House lawns and they were also spotless the morning after. I can’t say as much for some of the leftie protests I’ve seen over the years.

Senator Ayres I suggest you and your Labor party actually talk to the many decent Australians—some of them even triple vaccinated—who completely oppose vaccine mandates, instead of trying to smear them. 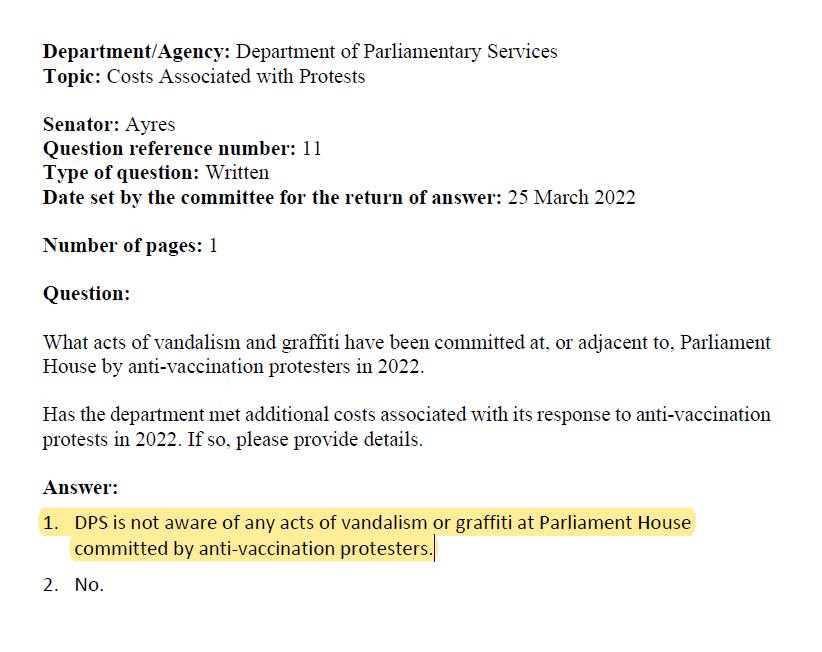