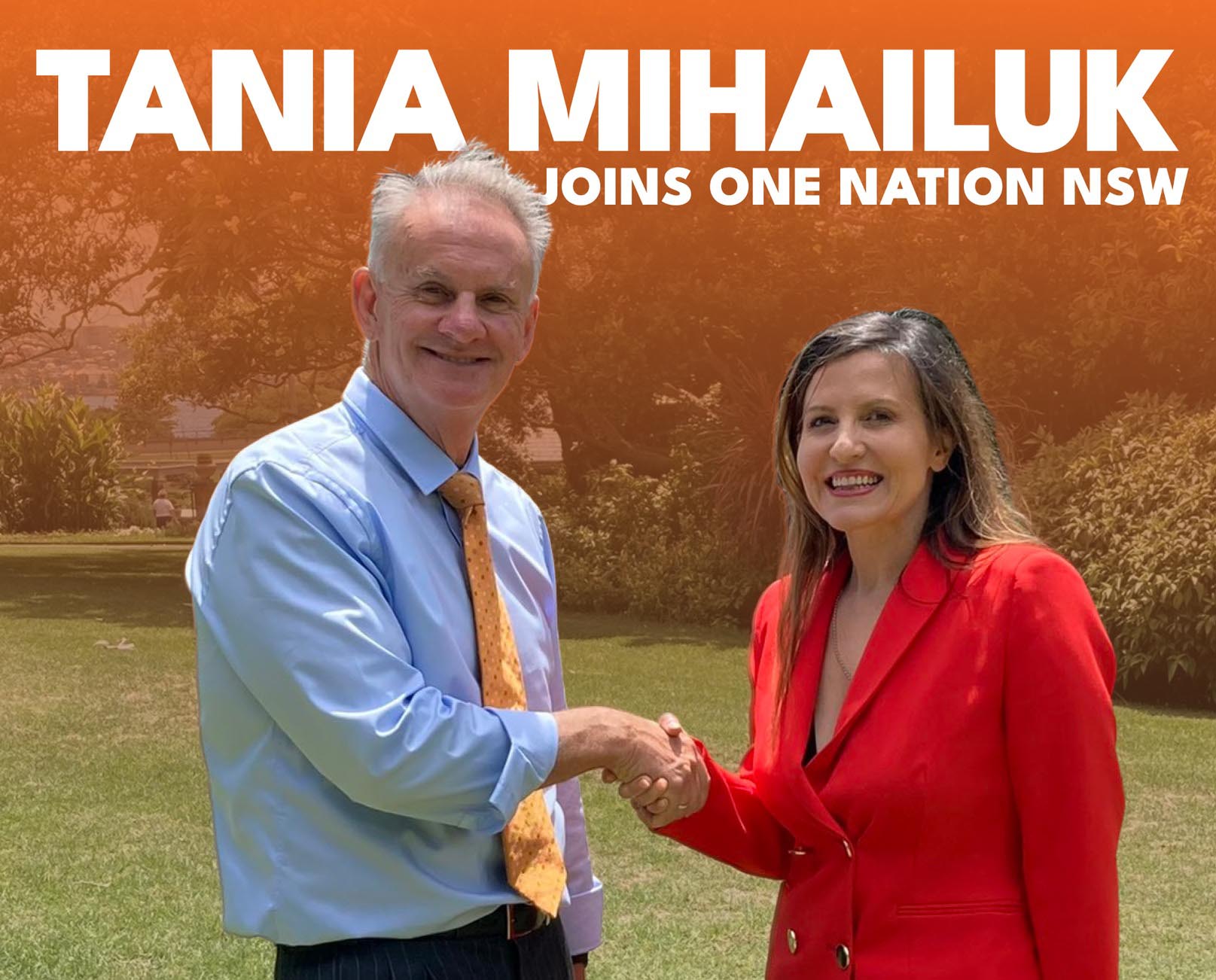 Member for Bankstown Tania Mihailuk MP has today announced that she will be seeking the support of One Nation members in NSW to join Mark Latham’s One Nation team as a Legislative Council candidate for the 2023 NSW State Election.

Ms Mihailuk is a lifelong resident of South West Sydney, having served as Mayor of Bankstown City Council from 2006 to 2012, and as the current Member for Bankstown since 2011. Ms Mihailuk is a member of the Parliamentary Committee on the Independent Commission Against Corruption and has previously served as the Shadow Minister for Natural Resources, Planning, Family and Community Services, Social Housing, Mental Health, Medical Research, Fair Trading, Healthy Lifestyles, Youth and Volunteering.

As a proud Christian and staunch anti-corruption advocate, Ms Mihailuk said that One Nation is the only political party that has the capacity to stand up for the issues that matter to people like her from South West Sydney. Ms Mihailuk will continue in her capacity as the Member for Bankstown until the NSW State Election on 25 March 2023.

“Chris Minns as Premier and a Labor Government will see NSW go both woke and broke. I know the true agenda of the people sitting currently sitting on Chris Minns’ front bench - they are form the extreme left. We simply cannot afford to have Labor controlling both Chambers of Parliament.

“I am seeking preselection as a One Nation candidate in Mark Latham’s team because the Labor Party has sadly lost its way to the left wing extremists and property developer mafia that have taken over Labor like a cancer with their woke views and political donations.

“One Nation isn’t afraid to focus on the issues that matter to families. An education system that focuses on the basics that matter to mums and dads: literacy, numeracy, history and the humanities – actual common sense skills that lead to jobs rather than left wing indoctrination.

“There are prominent Labor Shadow Ministers that want drug legalization and gender fluidity teaching in schools. I totally oppose these policies and will do everything that I can to stop their agenda from passing the Upper House.

“One Nation is the only party that will focus on addressing the cost of living crisis and rising energy bills caused by an unnecessary scare campaign against coal and nuclear energy. NSW is rich in natural resources, but Labor wants to ban coal and forestry and this will send electricity prices and the cost of building materials to record highs.

“I am a strong believer in freedom of religion and the right to express your faith. South West Sydney communities like those in Bankstown have the highest observance in faith, be it Christianity, Buddhism or Islam, but freedom of religion is a toxic notion to the inner-west left wing hipsters that set Labor Party agenda on social policy.