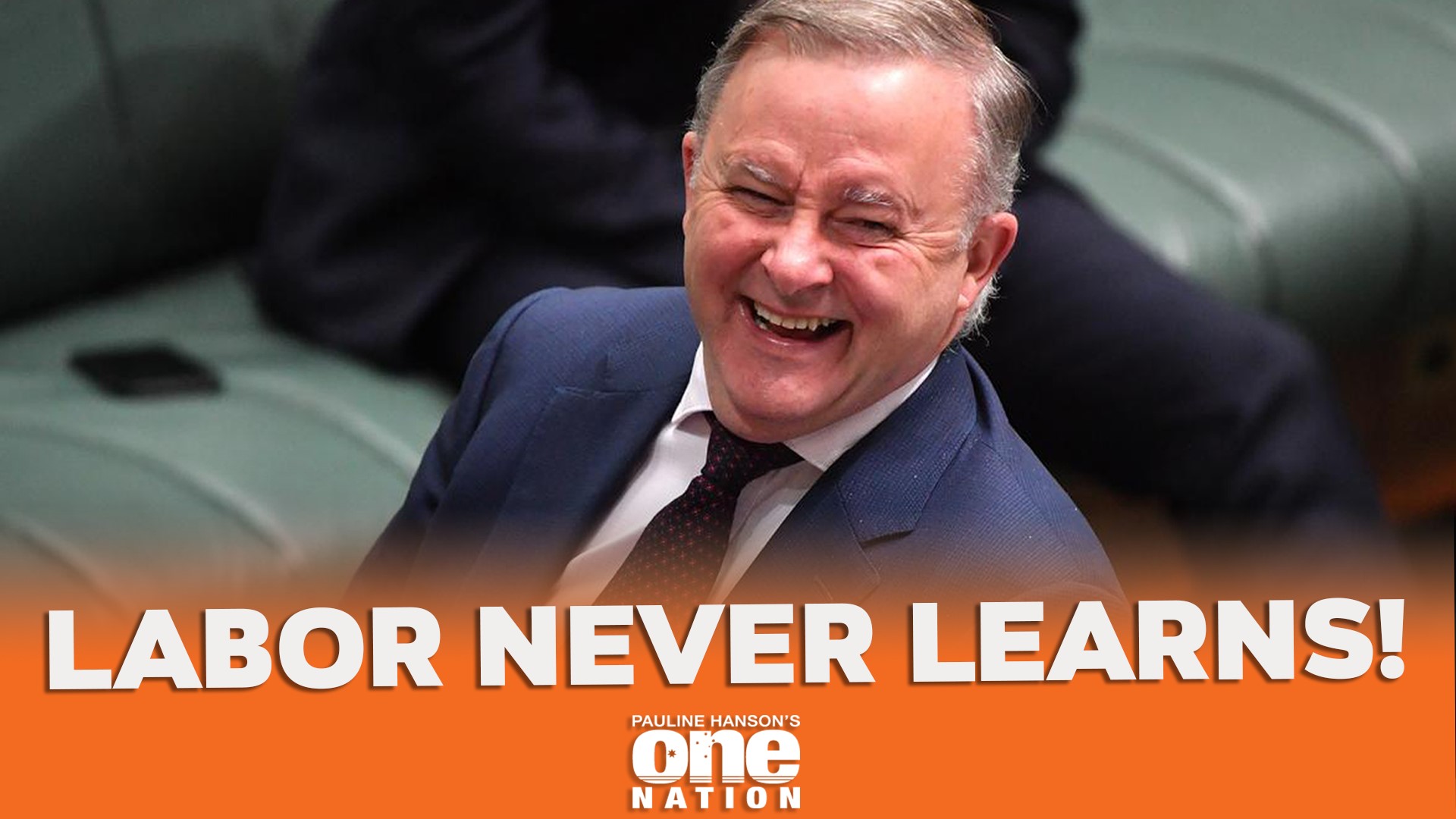 Labor has doubled down on its threats to destroy jobs and the Australian economy by taking yet another radical emission reduction target to the next Federal election.

Those who fail to learn the lessons of history are doomed to repeat it.

In pledging to reduce emissions by 43% by 2030, it’s abundantly clear that Anthony Albanese has obviously learned nothing from the 2019 Federal election, when Queensland voters played the decisive role in delivering a stunning defeat to Bill Shorten in a contest Labor stupidly thought it could not lose.

With the Morrison-Joyce government caving in to international pressure aiming for net-zero emissions by 2050, the choices for Queensland and Australian voters at the next election are narrowing.

Only Pauline Hanson’s One Nation is working to protect Australian jobs, mining, manufacturing, and agriculture from the predations of green-left international climate zealots who attack easy targets like Australia while letting the world’s largest emitter by far—communist China—get away with increasing emissions at an annual rate greater than our entire national total.

One Nation needs your support at the next Federal election to win the balance of power and prevent Labor, the Coalition and the Greens from sacrificing our jobs and the Australian economy on the altar of climate change.

When will Australia wake up to the fact that climate change is pseudo-speak for global wealth transfer? And it's not to our benefit.