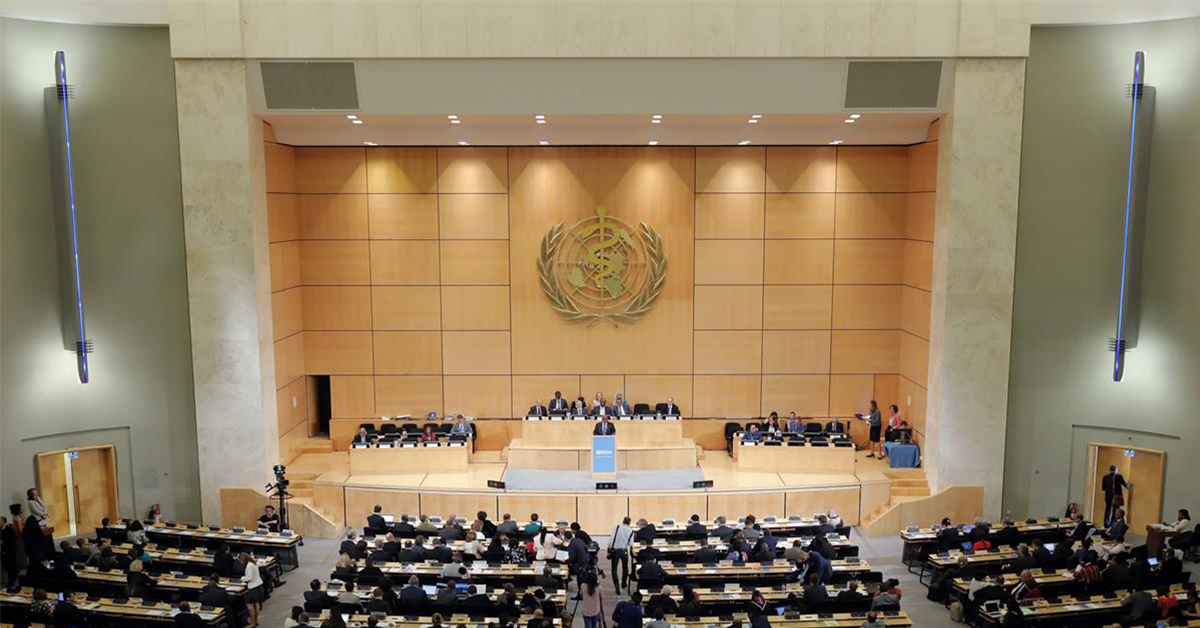 Brilliant news out of Geneva today!

As most of you know, the World Health Assembly has spent the past 7 days considering Biden’s 13 controversial amendments to the International Health Regulations.

Official delegates from wealthy developed nations like Australia, the UK, and the US spoke in strong support of the amendments and urged other states to join them in signing away their countries’ sovereignty.

The first sign, however, that things might not be going the globalists' way, came on Wednesday, the 25th of May, which just happened to also be Africa Day.

Botswana read a statement on behalf of its 47 AFRO members, saying they would be collectively withholding their support for the ‘reforms’, which many African members were very concerned about.

Multiple other countries also said they had reservations over the changes and would not be supporting them either.

These included Brazil, Russia, India, China, South Africa, Iran and Malaysia. Brazil in particular said it would exit WHO altogether, rather than allow its population to be made subject to the new amendments.

In the end, the WHO and its wealthy nation supporters were forced to back down.

They have not given up though – far from it. Instead, they did what they always do and 'pivoted'.

At their request, a new working group was convened to make "technical recommendations on the proposed amendments" which will be re-submitted along with the Pandemic Treaty, at the 77th Health Assembly meeting in 2024.

There has also been lots of pushback from Republicans in the US, with a number of them introducing new bills giving the US Congress/Senate powers to override any WHO mandates or directives issued as part of any international agreements.

One, called the 'No WHO Pandemic Preparedness Treaty Without Senate Approval Act' has 15 co-sponsors and was introduced to the Senate on Thursday by Republican Senator Ron Johnson, who said "The sovereignty of the United States is not negotiable".

Here in Australia, we need to keep the pressure up on our own parliaments, both Federal AND State, up the ante, and don’t ever look sideways.

Just brace for the digital ID now, and as the Federal Parliament reboots we need to push back at all costs on that from this week moving forwards.

I urge everyone who has not already done so, to sign and share my Queensland Parliament Petition on the IHR Amendments and Pandemic Treaty (link below).

Click here for Link to Queensland ePetition: Pandemic Treaty and Amendments to the International Health Regulations